Another problematic member of our community is the Prosperity futurist. These are folks who have convinced themselves that by fervently believing in a particular future they will be able to make it “manifest,” and that the power of their belief, not the reality of their abilities and environment, is the most important factor determining their future. This kind of message can be sold to gullible people in societies that greatly value entrepreneurship, like the United States. It’s also found in various religious communities, including among Christian Scientists, when they subscribe to the idea that belief alone can make them healthy, perhaps the most important kind of prosperity we can have. Finally, we see it in all those who believe in prosperity theology, for whom this type is named. Prosperity preaching is particularly common in economically disadvantaged groups and societies, in both developed and developing nations.

Prosperity preachers tell us that if we tithe, and believe, we’ll get back more riches than we could ever give, either in this life or the next. Books like The Secret, Byrne (2010) sell the idea that visualizing any goal until one absolutely believes it will occur can make that goal happen. As with dogmatic religious belief, this kind of faith-first foresight can easily become self-delusional and disempowering when it causes us to focus on the fervency and devotion of our beliefs first, and to stop seeking evidence and rational critique. This kind of belief means our thinking, strategy, plans, and actions are treated with secondary importance in our minds, and in what the universe actually manifests. 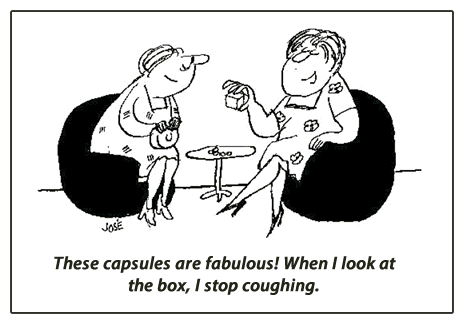 The Placebo Effect:
30-50% of Medicine is Show Business

Our emotions, thoughts, and beliefs do have an impressive power over our bodies, and our societies. Recall our discussion of the ECA cycle and Somatization Bias in Chapter 2. Consider also the placebo effect, which accounts for between 30 and 50% of a medical intervention’s benefit, depending on the study. A dying person, if they believe strongly enough, can often temporarily reverse a previously deterioriating physical condition in order to stay alive for an important impending live event. On occasion, they may even delay the normal course of an illness for decades. All of the beneficial effects of this well-placed faith presumably work via what physicians call psychoneuroimmunology, a little-understood set of processes in which belief affects the function of the brain and immune system. Consider also the self-fulfilling prophecy, an initially false belief that becomes true through the power of the image to motivate us to fulfill it, for better or worse depending on the belief, as Fred Polak would say. On the darker side, dogmatic beliefs spread by persuasive populists and the media have also led to many of the worst tragedies and political excesses in human history. What we deeply believe collectively goes a long way in determining our collective goals, strategies, and actions.

But poorly-evidenced emotion, cognition, and belief do not change the way the universe works. They won’t stop accelerating change or the advance of science, for example. If we become too dogmatic, or have poorly chosen beliefs, we can neglect prudent behaviors and medical treatments, as with orthodox Christian Science practitioners. All this just underscores the importance of developing achievable, well-critiqued, well-placed beliefs.