For-profits contribute about 80% to US GDP before taxes (60% after), and make up about 70% of jobs. They offer by far the great majority of foresight careers in virtually every country of the world. Public for-profits have more reporting requirements than private ones, and typically have larger strategic planning and risk management departments, two traditional types of organizational foresight practice. But larger for-profit firms, whether public or private, don’t necessarily engage in more or better forecasting, horizon scanning, competitive intelligence, scenarios, expert groups, or other foresight methods. Size is no guarantee of a firm’s foresight competency in general.

Each firm’s foresight competency, whether public or private, large or small, is primarily a matter of its leadership’s priorities, past and present. Some leaders view foresight as a critical competitive advantage, but most don’t. To learn if a firm you are interested in treats foresight seriously, you’ll need to do some research, across the Twenty Specialties of modern foresight.

Do they regularly set goals? Do they plan, both quickly and often? Are plans taken seriously? Do they believe forecasting works? What kind of intelligence research, learning and conferencing do they do? How regularly do they generate and evaluate options? How seriously do they take innovation and entrepreneurship? Do they seek not just rapid growth and an early exit but also to build a high-performance or long-lived organization? A conscious commitment to foresight in all or most of its forms isn’t common, and must be built, usually function by function, often by top leadership.

As foresight processes often provide organizations with information they don’t want to hear, and hypotheses that are tentative, speculative, or controversial, establishing foresight in any firm requires a strong prioritization by leadership. Most large companies don’t have formal foresight departments. The minority that do have them still may not regularly implement their foresight findings in company strategy. Many large firms have a history of doing or commissioning foresight studies at the mid-management level. But many unfortunately ignore these studies in developing strategy, and fail to respond to obvious structural changes occurring in their markets. Well-known examples are Xerox, which missed the development of the personal computer industry even as it pioneered it in its R&D department, or Kodak, which missed adapting to the slow and obvious migration from film to digital imaging. Such firms often pay for, and then ignore the recommendations of their internal and external innovators, analysts, and consultants. A common result is downsizing, acquisition, or bankruptcy. Change management in large firms is hard, but there are also good methods available for it, as we will discuss in Kotter’s Eight Steps of Change Management in Chapter 4. 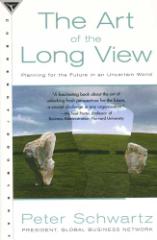 A few for-profit firms have long been foresight pioneers. The energy giant Royal Dutch Shell (commonly known as Shell) began using trend analysis and scenario planning in 1972. Shell’s top leadership strongly believes their commitment to foresight work has given them a long-term competitive advantage, including a better ability to anticipate and rapidly respond to global trends and discontinuities. Shell’s innovative journey to better foresight is well outlined in The Art of the Long View, Peter Schwartz (1996), and explored in detail in The Essence of Scenarios: Learning from the Shell Experience, Angela Wilkinson (2014). Shell futurist Arie De Geus, after discovering that the life expectancy of a Fortune 500 firm was less than 50 years, also proposed in The Living Company (1997) that becoming a learning organization, and pursuing decentralization and diversification might be useful ways to extend corporate lifespan, though the data to validate any corporate longevity strategies today remains thin. In recent decades, turnover volatility in market capitalization rankings has grown steadily, one measure of accelerating change that makes growth foresight for individual organizations challenging. A 2012 Innosight study found the average lifetime of a firm’s listing on the S&P 500 (top firms by market capitalization) was 61 years in 1958, but it is just 18 years today. The forces of accelerating change, globalization, and creative destruction in business grow stronger every year, and present great foresight challenges to modern firms, large or small. In post-recession economies, such as ours today, entrepreneurship has recently been shown to be a very important force for job creation. Fully half of all jobs gains are created by startups in such periods, according to a 2014 Federal Reserve study. Given history to date, it would be naïve to expect our current era of scientific, technical, and business process acceleration to slow down in the foreseeable future. 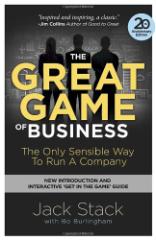 Some larger companies, like Phillips, use idea generation as a formal input to their innovation process. Others, like IBM and Volvo, use foresight processes as an input to decision making. Several large companies like Siemens, Daimler, and BASF have robust corporate foresight units. See our starter list of large company foresight leaders in Appendix 2, and see Corporate Foresight in Europe (PDF), Patrick Becker (2002), for a survey of different approaches to corporate foresight. Some very large employee-owned firms, like SAIC+Leidos, with combined revenues of $11B (see The SAIC Solution, Bob Beyster (2007)), and the John Lewis Partnership, $9.5B revenues, also have large foresight and planning groups. Perhaps employee-owned firms are more motivated to both grow market share and to protect long-term value than their traditional corporate counterparts (this is only a supposition, I’d like to see comparative data). Some small and medium-sized private firms are known to prioritize foresight processes. See Appendix 2 for a few recognized leaders in that regard. But in general, smaller firms have less resources to do internal foresight work, and all but the more conventional foresight methods are a harder sell. Among the exceptions are open-book management, outlined in The Great Game of Business, Jack Stack (2013). This is a popular bottom-up, foresight-centric method to help maximize the transparency, goalsetting, and financial health of an organization, and it can be implemented even easier in small than in large organizations, if leadership sees its value. Open-book management elicits a broad set of future performance targets from low-level teams, incentivizes them to achieve those targets, and makes team and firm performance internally much more transparent and accountable.

Certain industries are particularly biased in favor of seeking and rewarding foresight. Financial services, the largest industry group in the world when measured by either earnings or market capitalization, is also the best-known specialty where a better ability to predict the future is greatly rewarded. For a broad introduction to financial services and their fascinating history, you might enjoy Niall Ferguson’s The Ascent of Money (2009), or watch the four video episodes. In reality, most asset managers are poor predictors of investment performance, usually faring a bit worse than the market itself. Nevertheless a gifted few have consistently beat market averages for long time periods, developing superior foresight in specific domains. Whenever wealth managers, financial planners, brokers, analysts, venture capitalists, angels, or ordinary investors gain consistent economic foresight, they benefit greatly from it. There are also constant innovations in this vast industry. For one example, read The Launch Pad, Randy Stross (2013), about Y Combinator, and a new type of angel investing, business accelerators.

Insurance is another traditional industry that powerfully rewards superior management of the future. Large insurers tend to be quite conservative, even contrary in their approach to the future, but smaller insurance companies often grow by taking clients and issuing policies that seem riskier to larger insurers but are actually not. Companies that self-fund their own insurance plans via self-insurance, captive insurance, and medical tourism can also gain competitive advantage via better risk management foresight. Reinsurers such as Swiss Re, who insure large and small insurance companies, usually have the best, most evidence-based and validated foresight and risk management models in the world. They should, as trillions are riding on their long-term success as forecasters. 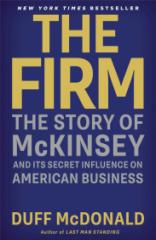 After in-house foresight efforts, services provided by management consultancies are the most common form of corporate foresight work. A classic entryway to an organizational foresight career is a few years in consulting after an MBA or other masters degree, then getting hired by a company of interest, often a client, doing a startup, or staying on track to senior associate or partner at the consultancy. A good consultancy can train you in trend and market research, analysis, intelligence, report writing, presentation, business development, sales, marketing, and client relations. Unfortunately, consulting work may not improve the client’s innate foresight competency, resiliency, adaptability, or learning ability. Larger consultancies are often adept at competitive intelligence, and some of the biggest offer serious political connections and quasi-legal industrial espionage. For a nonfiction tale about one of the leading ones, see The Firm: The Story of McKinsey, Duff McDonald (2013). Most consultancies are for-profit, but a few are nonprofit, typically ones dealing with government clients.