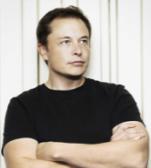 The entrepreneur (for-profit and nonprofit) is another major and yet commonly underappreciated social role for the foresight leader. These individuals seek to build the future by leading an enterprise to commercial success in useful new products and services. Thus this role is particularly important to building both economic wealth and the social options that emerge from that wealth, and includes many nonprofit leaders or social entrepreneurs. It also includes intrapreneurs, folks doing their entrepreneurship within existing organizations, both when it is allowed and when it isn’t, as in stealth internal R&D efforts. Others do entrepreneurial activities externally and independently of their organizational roles, part-time, until they gain market traction.

Entrepreneurs must manage the transition from idea to startup company, provide value to customers, and find a profitable business model for their creations, or they will go out of business. They must therefore be business, team and community builders, and new product or service innovators. Between these two drives their entrepreneurship is typically their primary creative drive, with innovation a close second, as starting, growing and keeping their business alive is the basic challenge. They can be for-profit entrepreneurs launching private businesses, nonprofit entrepreneurs founding NGOs, or social entrepreneurs mixing for-profit and non-profit motivations in a hybrid.

Some entrepreneurs are vision- or command-driven (working on top-down agendas of change) others are service- or consensus-driven (taking a more bottom-up, facilitation-based, or democratic approach). Entrepreneurs view themselves as having the dual responsibility of building both a market-useful new product, process, or service and a sustainable new enterprise, community, team, organization, or social environment.

Those consultants or innovators who are driven to build both a new product or service and a new business team, with one or more full time employees, are by definition also a particular type of entrepreneur, and usually see themselves as entrepreneurs first and consultants or innovators second. Again, asking people their top self-described goals and responsibilities is often necessary to understand which of these social roles currently fits them best when forced to choose, as we all continually are. We discuss some helpful entrepreurship professional communities under specialty associations in Chapter 1 and Appendix 2 (Leaders).