Emotional intelligence is commonly defined as the ability to monitor, value, and acknowledge one’s own and other people’s emotions, and to appropriately use and manage emotional information to guide thinking and behavior. We can call System 1, and the emotional dimensions of our social intelligence (System 3) our “primal challenges” because these are our oldest evolutionary systems of intelligence. They are also primal because they can easily short-circuit our cognitive intelligence.

Psychologist Daniel Goleman coined the concept of amygdala hijacking, where extreme emotions like fear can short-circuit, or “hijack” our ability to think rationally about an issue. But speaking more generally, we know that any strong emotion, including fear, depression, or mania can easily overwhelm our thinking and put us into a far more primal and primitive way of doing both foresight and action. To be adaptive in the modern world, we need to use all our intelligences on our problems, and keep each of them, even the most primitive and powerful ones, in service to our goals. Many researchers, including Goleman, characterize emotional intelligence as four things: 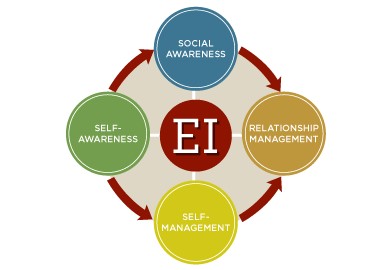 Four Components of EI and SI

Unfortunately the field of social intelligence hasn’t yet matured enough for this split to occur, so current assessment tools typically lump EI and SI together and call all four “emotional intelligence.” This is a convenient start, but it isn’t where the field needs to end up. We also need to recognize that the temptations to misuse our emotional and social intelligence grows the stronger our EI and SI become.

We must also remember that having high intelligence alone, of any kind, is not necessarily adaptive. Our intelligence is just one of the Five (I4S) Goals (behaviors, purposes, challenges) of complex systems, as we discuss in the global and universal foresight section of this Guide. Our individual intelligence needs to be balanced by the other four goals that appear to be key contributors to adaptiveness: innovation (creativity, diversity), interdependence (ethics, collective intelligence), immunity (security, empathy, defensive intelligence), and sustainability (evidence-seeking, health), as we have discussed. See Janae Ernst’s post (2017) for more on the underappreciated potential for misuse of high emotional intelligence, and be on the lookout for misuse in yourself.

In the Eight Skills model, Relating well to others (also called relationship building by Gallup), is the skill that is most dependent on good emotional intelligence, and Influencing is the skill most dependent on social intelligence. The other six skills can be considered primarily cognitive intelligence. Practitioners with good emotional and social skills can go very far in their foresight work and careers. Those without such skills very often sabotage themselves, and may not even know why. 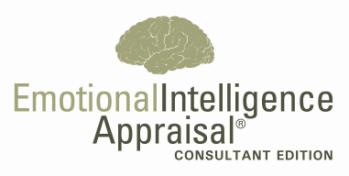 There are three popular models for and measures for EQ, a traits model, a skills model and a leadership-focused mixed traits-skills model. The latter model is developed by Daniel Goleman, author of Emotional Intelligence, 2005, Working with Emotional Intelligence (2000), and Primal Leadership (2013). Goleman’s Emotional Intelligence Appraisal (EIA) is a good in-depth test of EQ and SQ. The EIA can be self-reported or taken as a 360-degree assessment for peer feedback. By taking both the self-reported and the peer-reported form and comparing them, you can discover if you presently have good self-awareness of your own emotional and social intelligence in various contexts. The Society for Human Resource Management offers a $50 consultant version of the EIA at their website. 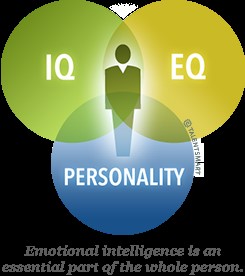 Inputs to our Abilities

A helpful online self-assessment of EI and SI is offered by Travis Bradberry and Jean Greaves, Emotional Intelligence 2.0, 2009. This inexpensive and fast test gives you a very rough idea of your EQ and SQ, and which is higher, and their book offer several dozen EI- and SI-building strategies for those who self-rate as particularly low in any of the four categories of EI and SI. Simple free online tests of EQ/SQ can also be found at The Guardian and Psychology Today. There are many criticisms of today’s early EQ/SQ models, including attribute definition issues, measurement problems, lack of attribute correlation, and poor predictive value. But we must start somewhere, and I find these tools valuable, even with their current drawbacks. 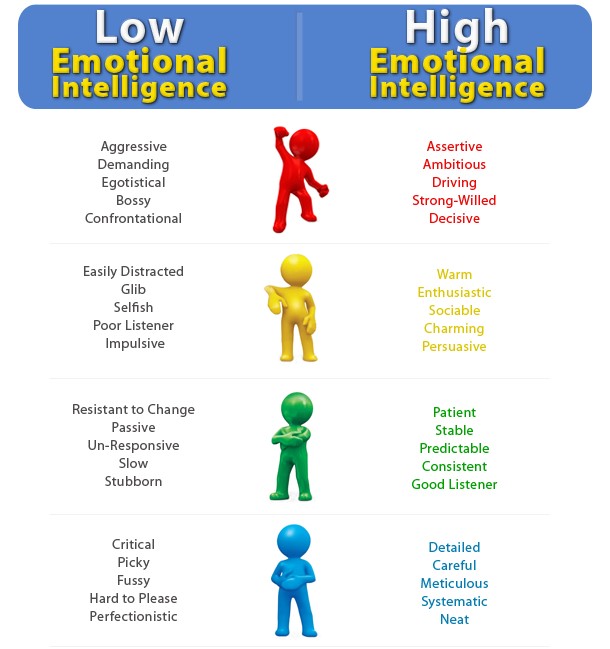 Bradberry and Greaves TalentSmart consultancy proposes that a three factor model, our EI (emotional and social intelligence) our CI (cognitive intelligence), and our personality traits combine together to determine our abilities (picture above). They make the interesting case that our EI is the major determinant of how our personality traits are perceived by others (picture right). They also claim that EQ predicts “58% of job performance,” and that “only 36% of people are able to accurately identify (self-monitor) their emotions as they happen”. Whether these numbers are replicable or not, they clearly are on to something of real value. Our and others emotional states are very often going to be the most important factor we need to assess, and try to manage, to get anywhere in life.

One foundation for emotional intelligence is our ability to control (a more accurate word than delay) our gratification. When System 2 is working well, it determines when and to what degree System 1 gets its emotional reward for various behaviors. In this approach to EI and CI, which I particulary like, we are emotionally and cognitively intelligent when we are able to choose our pleasures and rewards based on our recent behaviors and our reasonable expectations of future reward. We may delay some gratifications now in return for bigger ones later, but only if the delay is reasonable and the payoff is worth the wait. The idea of self-control of gratification is a classic in the self-help literature. Napoleon Hill, author of the classic Think and Grow Rich, 1937, talks about allowing ourselves small rewards whenever we’ve made an impressive recent effort or have had a recent success. Harnessing our emotional rewards to our cognitive recognition of either our controllable behavior or our marginal growth is the ideal.

Some fascinating evidence for these ideas are found in the famous Stanford Marshmallow Experiment. In the 1960s, psychologist Walter Mischel designed a self-control and expectations test for four year olds. They were told by an experimenter that if they did not eat a marshmallow that was placed their desks for 15 minutes, they would receive a second marshmallow at the end of the 15 minute period. Roughly a third of four year olds were able to wait the full 15 minutes for the future reward, with no one else in the room during that time. When they were reexamined as teens, those able to wait the full period for a future reward had vastly better Scholastic Aptitude Test scores (200+ points higher), better academic achievement, social skills, planning ability, and stress management abilities. Reexamined again in their thirties, those who could wait had measurably greater life success, significantly less obesity (lower BMIs), fewer addictive behaviors and lower divorce rates. 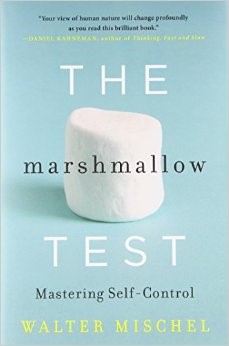 Every minute of self-control in this test was correlated with significant improvements in these and other effort and social performance variables later in life. Mischel summarizes his findings in The Marshmallow Test: Mastering Self-Control, 2015. The late Joachim de Posada later replicated this experiment with four to six year olds in Mexico, with similar results. See his TED talk, Don’t Eat the Marshmallow!, 2009. If one finds one’s child (or one’s self) unable to pass this test, take a look at John Gottman’s Raising an Emotionally Intelligent Child, 1998, and similar works. Adopt a growth mindset with your child, and realize that your EQ, like your IQ, can be raised with effort and foresight, or lowered with trauma and neglect. 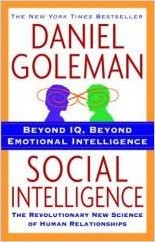 Daniel Goleman’s Social Intelligence: The New Science of Human Relationships, 2007, is an excellent introduction to the emerging research and useful action items for improving System 3. I highly recommend this book. It is a great survey of the literature to that point, and makes the case that social intelligence is a separate system in its own right. One of the many dimensions of social intelligence is making better choices of who you have in your intentional “culture”, so you spend more work and social time with people who deeply support your aspirational traits and goals. Christakis and Fowler’s Connected: The Surprising Power of Our Social Networks and How They Shape Our Lives (2011), is a flawed but useful source for more on that.

Pat Lencioni’s engaging fictional business narrative, The Five Dysfunctions of a Team, 2002, and his workbook, Overcoming the Five Dysfunctions, 2005, while not yet very evidence-based, is a persuasive model for growing emotional intelligence in the workplace. 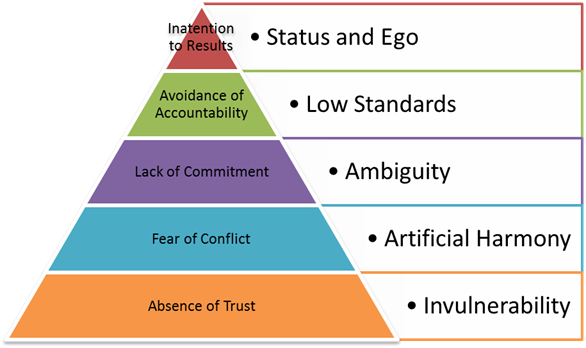 The foundational dysfunction is absence of trust. Insufficient trust results in people being “invulnerable” in their relationships. They don’t share their problems, so they don’t help each other to manage them. The second great dysfunction is fear of conflict, which leads people to only talk about the positive, or nothing of importance, ignoring the difficult issues, and setting the team up for missed targets, rising hidden problems, and failure. Note that the first two of Lencioni’s dysfunctions, reading from the bottom up, have emotion right at their core. The last three have a lack of sufficient emotional energy with respect to the group (not the individual), at their core. When the team isn’t providing emotional support, people check out, and attend to their own issues, from their own private perspectives.

For more help in addressing the first dysfunction, Stephen Covey’s The Speed of Trust (2008) is a great primer. For the second, Gallup’s Breaking The Fear Barrier (2011), offers simple diagnostics to find out if your client’s teams have any emotional or social blocks and challenges. Very often fear (of change, of looking foolish, of failing, etc.), is the “elephant in the room”, paralyzing the team and keeping them focused on nonstrategic issues, rather than confronting uncomfortable truths. For the third dysfunction, Nathanial Branden’s Taking Responsibility, 1997 and John Izzo’s Stepping Up, 2012, are both solid starts. For the last two dysfunctions, turn to our detailed discussion of the Eight Skills in Chapter 5. Leaders and teams using the Eight Skills can reestablish powerful team commitment via the Influence and Relating skills, and they can stop inattention to results via the Reviewing and Learning skills. But they can only do that if the more foundational personal issues of trust and fear of conflict have been addressed.

If you want to use your intelligences for trait-change work, this usually begins with recognizing the parts of your personality you admire, seeing clearly the parts you don’t like, and learning how to regularly measure both, via the judgment of trusted others, for example, via 360 degree feedback.

See Barry Duncan’s What’s Right With You (2005), and Peterson and Seligman’s Character Strengths and Virtues (2004) for more on understanding your positive traits, and envisioning a more ideal self, someone you can realistically aspire to be.

To do this great personal work, you must admit that you really do have power to change your traits over time, even though that change will be slow, will require willpower, and the help of others (System 3). You’ll need better control of System 1 (emotion), via better thinking and strategy from System 2 (cognition), especially cognitive behavioral therapy, as self-therapy, professional therapy, or via your group (discussed in the next subsection). You’ll also need good strategies from System 4 (technology) and System 5 (environment), making important changes in your physical and technological environment. Let’s briefly overview Systems 2, 4, and 5 now.