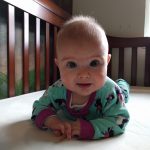 This book is dedicated to my daughter, Beatrise Smart, born in 2015, right in the middle of this project. Your future is going to make ours look like we were standing still. May all our tomorrows be as bright as yours are today, my darling.

This book demanded five years of love and sweat. Greatest thanks and love go to my amazing wife, Iveta Brigis, who endured many sacrifices while it was written. I am also thankful to my parents, Beatrice Smart and John E. Smart, who encouraged me from my youth to think about the future. Thanks also to my many mentors along the way, including James Grier Miller, Francis Crick, Jonas Salk, Lee Hood, Peter Bishop, Elle Martin and Fred Wendt, who all recognized that our future will clearly be amazing, even though we may traverse many valleys on the way there. Endless thanks to my mother-in-law, Janina Brigis, Beatrise’s loving Nana, who gave us the freedom to finish this book. I hope you, dear reader, find it worth the time spent.

Like most good things in life, the Guide has been developed as a team. I’d like to acknowledge some of our fantastic FERN and Foresight University teams here.

At FERN, thanks to FERN Executive Director Susan Fant, who produced our foresight professionals survey, Appendix 1 (Peer Advice), and to her team at U. Alabama, who built FERN a beautiful new website. Thanks to FERN Co-Founder Garry Golden, who gave us the original idea for the Guide. Thanks to Josh Davis, FERN Publications Director, who wrote the first version of Chapter 1, and the prototype version of the Adaptive Foresight model. His starting energy got the whole train rolling for us. Thanks to FERN Editorial Director, Zhan Li who helped make the first version of the Guide more readable and useful. Thanks to FERN Research volunteer Anna-Leena Vasamo, whose diligent work gave us Appendix 2 (Leaders). Thanks to FERN Conference Planner Emily Medley for running FERN’s Foresight Careers conference in Washington, DC, in 2013, which kicked off our work on the Guide. Thanks to Kellie Hensley for a beautiful early book cover, and to Clinteshia Ridgeway for logistical support. Thanks to Dan Sutera for our final cover and for excellent marketing advice. Thanks to Dinara Strikis for our simple and elegant title. Thanks to Alvis Brigis, for great discussions on the social issues of accelerating change, and to Aaron Frank of Singularity University for his insights on universal foresight.

At Foresight U (4U), thanks to my business partner Kevin Russell, for designing the online version of the Guide, and seeing the value of making it free and publicly commentable for all foresight thinkers. Huge thanks to 4U Editorial Director Alex Teselkin, who has read through and rewritten parts of the alpha version of the Guide, and greatly improved its relevance and accuracy. Thanks to 4U teammates Tyler Gothelf, Cody Marx Bailey, Kaleb Griepp, Quinn Baetz, and Andrae Browne for their hard work developing and launching Foresight U. Thanks to Houston foresight master’s student George Paap his strategy and editing work.

Thanks to global futurists Kevin Kelly and Janna Anderson for allowing the option (still unexercised) to reproduce some of their excellent work in the Guide. A special thanks to futurist Alvin Toffler for two incredible one-on-one interviews as well, which helped greatly in writing the alpha version of the Guide. Alvin was one of my inspirations for entering the foresight field. He passed away in 2016. As arguably the 20th century’s greatest futurist, we were going to ask him to write the forward to Amazon book. His death before we got to print publication offers an immortal life lesson: Tempus fugit, so Carpe Diem!

All the images in this Guide are reproduced here with author permission, or were found using creative commons and other free-use repositories (Pexels, Pixabay, etc.), Google image search with usage rights labeled for reuse, or are fair use (book covers and logos). Images typically link to their sources.

Heartfelt gratitude to my professional foresight colleagues, who continue to generously provide their feedback, additions, and corrections. Though few of those listed below would endorse everything you find herein, everyone below has offered helpful critiques, in search of common ground.

So far, these talented and dedicated foresight professionals include:

Finally, thank you dear reader, for caring about foresight and about our amazing, accelerating world, which gets rapidly better in many general ways, and at the same time more locally disruptive, difficult, and dangerous for some. The more we all learn the benefits of foresight in our lives and careers, the better we can manage the downsides and lead toward the upsides of accelerating change. Again, we look forward to your feedback on what you like and don’t like in the Guide. Let’s make it as good as it can be. Here’s to better futures for us all!