In STEEPS categorization, this is primarily a Political/Policy counterfactual. This may have been low-probability for its time (1991) but it has become more probable every year since, and I think it offers us a peek into the nature of foreign policy in a more technologically-advanced future. 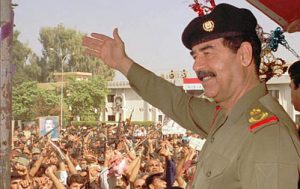 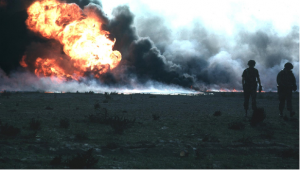 What would our world be like today if George Bush I had held Saddam Hussein personally responsible for the 1991 invasion of Kuwait? This was one of the aspects of the Gulf War (1990-1991) that felt wrong at the time, to many of us. Not removing Hussein was one of the great missed opportunities of that war. We could have pursued a judgment against Hussein through the International Criminal Court, the UN Security Council, or we could have made a judgment via presidential decree. We could have made a commitment to try to bring him in alive, for international prosecution, and to minimize casualties in the process, but as in all warfare, there would be no guarantees.

If we’d committed to removing Hussein in 1991, we would have established the beginnings of an Accountability Doctrine for individual leaders with respect to large scale acts of aggression against other nations. In Hussein’s case, that aggression was moving his tanks and troops into Kuwait to take their oil and territory. From that point forward, every leader would know that if they were judged to have done a similar action, in this case, armed invasion of another country, we would be likely to use our and our allies military and intelligence resources to try to remove them from power, at the earliest practical opportunity. An Accountability Doctrine would define a set of easy to understand public red lines, defining new limits to allowable aggression by leaders. If such a doctrine existed, any leader anywhere, and the citizens of all countries, would know that if their leaders crossed the red line, the international community would be working to remove that country’s top leadership from power, and hold the leaders personally accountable. That would be a serious incentive to limit certain forms of violence. 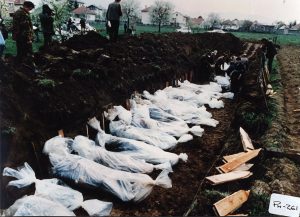 Once such a doctrine exists, security-minded presidents would be inclined to add new criteria over time, as our military and intelligence power grows. If Bush I had instituted it in 1991, the doctrine might have expanded under Clinton to include acts of genocide and ethnic cleansing (forced mass removal of ethnic or religious groups from a territory) as in the Bosnian War in 1992 and the Rwandan Genocide in 1994.

What made an accountability doctrine practical in 1991 was America’s overwhelming superiority of force, the aggressiveness and scale of Hussein’s invasion of Kuwait, and the rise of special forces, modern intelligence, and precision warfare capabilities under Reagan during the 1980s. Prior to our invasion of Iraq, we could have publicly declared our intention to remove Hussein from power and hold him accountable. After we’d invaded, during the predictable “Honeymoon period” of early occupation, we could have covered Iraq with public offers of large and confidential payments to any Iraqi citizen or their designated family member, for information on Hussein’s whereabouts. Such a strategy would have tracked him down within days to weeks, not the nine months it took. We could then rapidly set up an interim government, monitored elections, done infrastructure development and employment programs to win hearts and minds, and then gotten out in two to three years, with our timetable and exit strategy firmly and publicly declared in advance.

None of this happened of course. Are there systemic forces preventing the accountability doctrine from emerging? Certainly there are some. Most obvious is are the incentives of the larger defense industry contractors. They profit most from traditional slow and methodical attrition-biased warfare, not a surgical blitz and target approach. But there many smaller defense contractors, focused on special forces and intelligence, who would jump at an opportunity to expand the role of precision war, and further develop our tools to target and capture individual offenders and make them personally accountable. Virtually every military leader I’ve ever met also has a deep desire to limit war. They know firsthand how horrible it is. But it isn’t the role of military leadership to dictate foreign policy. That is the role of our executive branch, so they bear primary responsibility for the current state of affairs.

I think the main reason we don’t yet have a public accountability doctrine is that not having one gives the executive branch maximum freedom in conducting foreign policy. In my view, since the rise of special forces operations in the 1980’s under Reagan, all US presidents in both parties have continued to prize this executive freedom above the impact of their decisions on global security. That is their perogative, but we are also free to judge them for it. In my view, such freedom comes at an increasingly unjustifiable cost. Not having such a doctrine makes acts of state aggression significantly more prevalent than they need to be. 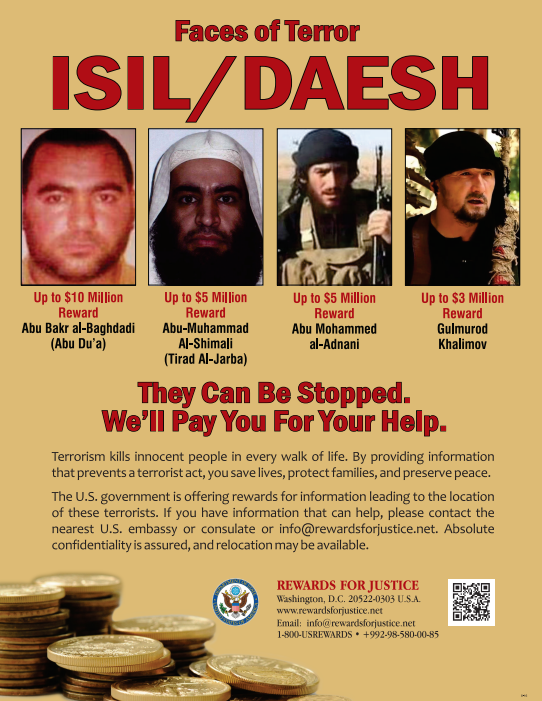 I think it will become harder every year to deny the wisdom of an accountability doctrine. In an age of advanced intelligence, automation, mass communication, and precision warfare and detection capacity, individuals can now be easily found and held responsible. Bad leaders, despised by a good fraction of their own public, as in many autocracies, cannot hide from citizens incentivized by bounties to find and report them, once we’ve gone in and established control of a country. Even when we offer them from our embassies, these policies have some effect, as in our State Department’s Rewards for Justice program (picture right). With modern military transport we can also rapidly create defensible zones of occupation and operations in any country. We don’t have autonomous security robots yet, robots that can hunt down, and nonlethally capture individual perpetrators of crimes, but they are coming. I think surgical responses, and personal accountability of leaders, are a clearly desirable choice in modern warfare. At some point, our executive branch will be pressured by leaders in the legislature or the public into constructing such a doctrine, and the world will become a safer place.

Pragmatic leaders might gauge sentiment on each engagement beforehand, if they felt that were a necessary precondition of enforcement of the doctrine, in any particular case. We might go after some leaders a few years after their crimes, once our national mood allowed our next intervention, but that wouldn’t weaken the deterrent effect of the doctrine itself. As our effectiveness in leader removal grew, we’d add more conditions to doctrine, to keep our number of engagements on par with our growing defensive abilities, in a world of ever-smarter warbots and intelligence. In each case of leader removal, we would need plenty of boots on the ground to stabilize the country, hold elections, and to do very time-limited infastructure development and nationbuilding, with clear exit dates. We’d also need our leaders to fully embrace the changing role of our military in the modern world, a role that now includes safety, humanitarian actions, environmental sustainability and limited infrastructure development and nationbuilding. But I think these new roles for our defense establishment are becoming increasingly mandated anyway. They are where the trendlines are taking us.

Some might argue that an accountability doctrine would reduce the need for a large US military, but I would disagree. Used wisely, such a doctrine would maintain or grow the global role of the US defense establishment over the next two generations. Safety doesn’t come cheap. There are many aggressive and violent regimes worth removing and sanctioning in the world, and a red line for armed invasion, removal of leadership, limited development, and staging of elections would place new demands on the US and allied military forces, even as each engagement would typically be concluded on a faster timetable than traditional warfare. An accountability doctrine, if it included ethnic cleansing and genocide conditions, would have dictated our involvement not only in Bosnia and Rwanda and Somalia, but in a handful of other African and Asian countries since 1991. I think many Americans would have gladly supported such interventions, especially after our rapid success in and exit from Iraq in 1991.  An accountability doctrine in Gulf War I would have been a lot less expensive and more effective than US $3 trillion we’ll end up spending in Gulf War II, after disability benefits are factored in. Even Putin’s Crimea annexation in 2014 likely would never have happened.

In this political counterfactual, this is the alternative global future that we missed.

Finally, if we combine an accountability doctrine with an Autonomy Doctrine, I believe we could have made our other major war in Afghanistan, and many of our future wars, a lot less expensive and more effective as well. I am hopeful that in a more evidence-based political world, our smart agents will advise us to require our leaders to implement a clear set of accountability and autonomy doctrines in US foreign policy in coming decades. Foresight matters!