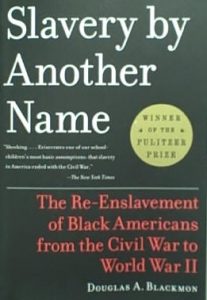 In STEEPS categorization, this is a Political, Economic and Social counterfactual. There are many examples of regressive Supreme Court rulings, from Citizens United in 2010 right back to the start of our Republic. But some stand out as particularly poor, and we can only imagine how much better things might have eventually been if we’d gone a different direction. Let’s look at one now.

As the Pulitzer prize-winning author Douglas Blackmon explains in Slavery By Another Name: The Re-Enslavement of Black Americans from the Civil War to World War II (2009), an “Age of Neoslavery” emerged in America, in the aftermath of the civil war right up to the start of World War II, and discrimination of course continued after the war as well. See also Sam Pollard’s lovely PBS documentary, Slavery By Another Name (2012), which brings to life this shameful era of US history. 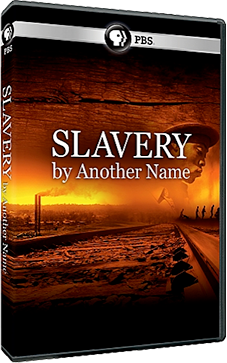 The North had outlawed slavery in all of its states by 1818. It took a Civil War, 1861-1865, the most terrible war we’ve ever had to fight by far, to get the South to understand it was subject to federal laws on this issue. Early after the Civil War, in a decade known as Radical Reconstruction (1867-1877), blacks were granted the right to vote, we had our first black congressman, Hiram Revels, 1877, fourteen black men served in the House of Representatives, and more than 600 served in Southern State legislatures, and blacks began attending state constitutional conventions. The end of Reconstruction in 1877, removed federal laws that provided civil rights protections in the south. White southerners organized paramilitary groups to push blacks out of government, and when federal troops finally withdrew from the south in 1877, violence against blacks escalated. It took a while for the bigots to kill off a decade of black advances. In the 1880s, a few blacks were still being elected to local offices in the South, but between 1890 and 1910, ten of the eleven former Confederate states passed new constitutions and a series of Jim Crow laws, including poll taxes, grandfather laws, and literacy tests, that progressively disenfranchised black voters, laws and actions designed to reverse every advance of the emerging black middle class.

The injustices continued to grow, and a key turning point was an 1896 Supreme Court challenge, Plessy vs. Ferguson, to policies of racial segregation in public facilities. This was a decision where the court could have turned the tide, noted the growing unfairness of treatment of blacks, the always inferior condition of black facilities versus white ones, which journalists lampooned in cartoons (right), and drawn a line in the sand. Instead, Plessy upheld the fiction that racial segregation could be “separate but equal”. It was approved in a 7 to 1 vote. In hindsight, two things are obvious. First, the Supreme Court was too conservative to make any other decision at that time, and second, the decision was obviously unfair, and would clearly legitimize all sorts of future discrimination. We human beings are incapable of creating separate but equal facilities. The very act of separating people, by force, into into two communities of unequal resources and upbringing, automatically creates and reinforces social inequalities.

School segregation was finally banned in another Supreme Court decision almost sixty years later, Brown vs Board of Education in 1954. Even then, it took another decade of civil rights activism, and more lives lost, before we finally started to see segregation ending in the South. Meanwhile restrictive housing covenants, real estate agent discrimination, educational discrimination, job discrimination, and many other forms of racist discrimination against blacks and other minorities emerged in the Age of Neoslavery. Milder forms of such discrimination persist and continue to be a stain on our society today. As recent news and the Black Lives Matter movement remind us, American blacks continue to be treated far worse by law enforcement and our criminal justice system, and by several indicators, are doing worse, not better, over time. For just one example, the wage gap between black and white workers is worse today than in 1979.

In our counterfactual, it would have taken a presidential order, and the reintroduction of troops into the South, as a reaction to the Plessy decision, to stop the continued rise of institutionalized racism and other forms of Neoslavery. Our congress would have had to initiate a smaller, second phase of Reconstruction, to acknowledge the backsliding that occurred since the first, and to resolve to do better. This kind of action would have had precedent. An earlier heartless and bigoted Supreme Court decision, Dred Scott v. Sandford in 1857 had argued that all blacks that were descendents of slaves were in fact “property”, and so could not be American citizens, and furthermore it was “unconstitutional” for the federal government to try to regulate slavery in the states. Dred Scott was destined to be radical no matter the decision, and it was only the second time the Supreme Court had ruled an Act of Congress to be unconstitutional. The ruling was widely reviled at the the time, as Northerners had expected the court to finally settle the slavery question against slaveholding, rather than ducking it as they did. Dred Scott is widely regarded as the worst Supreme Court decision ever, and became one of the major catalysts of the Civil War.

The Presidential election of 1896 was a complex and narrow race. The business-oriented Grover Cleveland barely edged out the populist, William Jennings Bryant. Bryant would have been more likely to stand up to Plessy, but in reality, either could have decided at that point to care about black Americans. The recognition of injustice has no party affiliation. In our counterfactual, the newly-elected president decided to display moral leadership after Plessy, by reminding Americans of the hateful Dred Scott decision, and by arguing that the court had again let down a large number of her citizens, after so terrible a price had been paid to secure their liberty. He could have then immediately moved troops back into the South, as a force to counter lynchers and the Klan, claiming that the violence and discrimination was again becoming threats to American security, and he could have worked with congress on a more modest and targeted second Reconstruction, with more handouts to cooperating Southern pacifists, and strategies to to address issues surrounding the violence and discrimination against black Americans, as well as the disenfranchisment of the poor of all races across America.

When unaccountable committees, like our Supreme Court justices, occasionally don’t do what they should do, the people and the leaders can still step up and fix the problem. This may be a very low-probability counterfactual, but we relay it nonetheless, as an example of a better past, and a much better present, that might have been. Foresight matters!